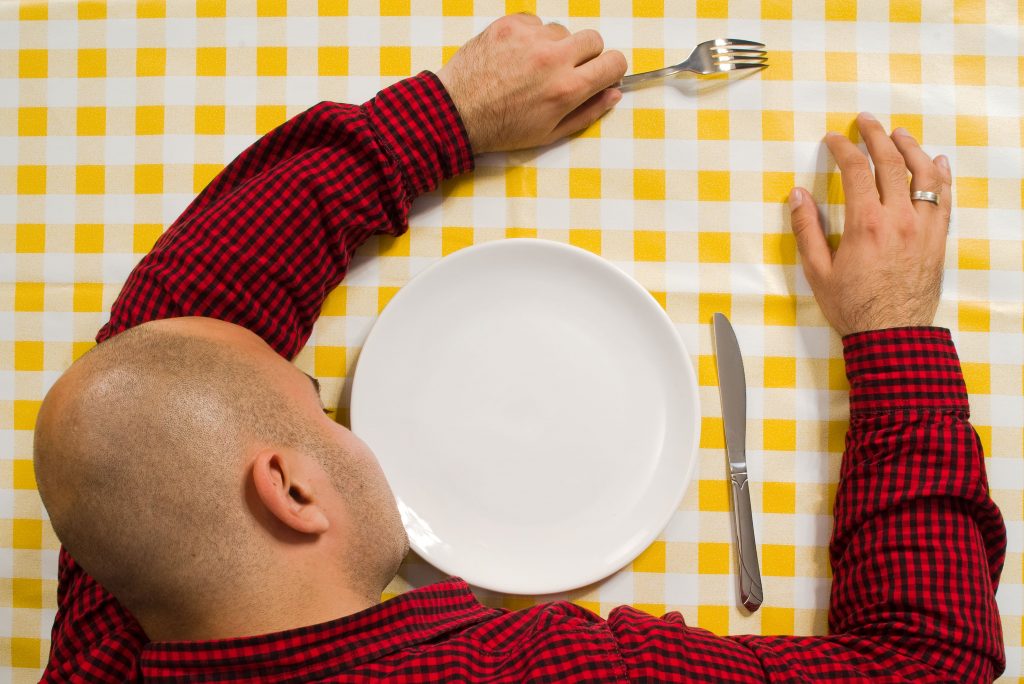 Is The Food Coma Real?

But your Thanksgiving turkey isn't the only food to blame for your post-dinner nap. An ongoing myth is that the tryptophan in turkey is what makes you sleepy. Tryptophan is an essential amino acid needed for the body to produce serotonin. And serotonin is used to make melatonin, which is the hormone that helps you sleep. Although turkey and sleep are somewhat connected, the bird does not contain enough tryptophan to induce sleep, and it actually has less tryptophan than other poultry like chicken or even eggs.

The "food coma" we experience after Thanksgiving is likely due to the large quantities of food consumed in general. That includes turkey, but also stuffing, mashed potatoes, booze, and pie. In 2016, our Eight users slept 29 more minutes than average after Thanksgiving. This year, we only slept 9 more minutes than usual, averaging at 6 hours at 31 minutes. We also got 19.5% of deep sleep, which is in the healthy range.

People tend to overindulge during the holidays, and a typical Thanksgiving plate can be well over 2,000 calories. High-carb, high-fat, and high-sugar foods (like sweet potato casserole or pumpkin pie) trigger a neural response that tells the body to slow down. Furthermore, researchers found that a group of brain cells called orexin neurons are very sensitive to glucose levels, which spike after a big meal. Those neurons produce a protein, orexin, which moderates wakefulness.

As the quantity of food increases, so does the amount of insulin released during digestion. Insulin then increases the amount of serotonin and melatonin in the body, which are the two primary chemicals associated with drowsiness.

The best way to avoid the Thanksgiving food coma is to eat earlier (around 5 PM), have a healthy breakfast on Thursday morning, and control your portion size. Remember, there's always room for leftovers!