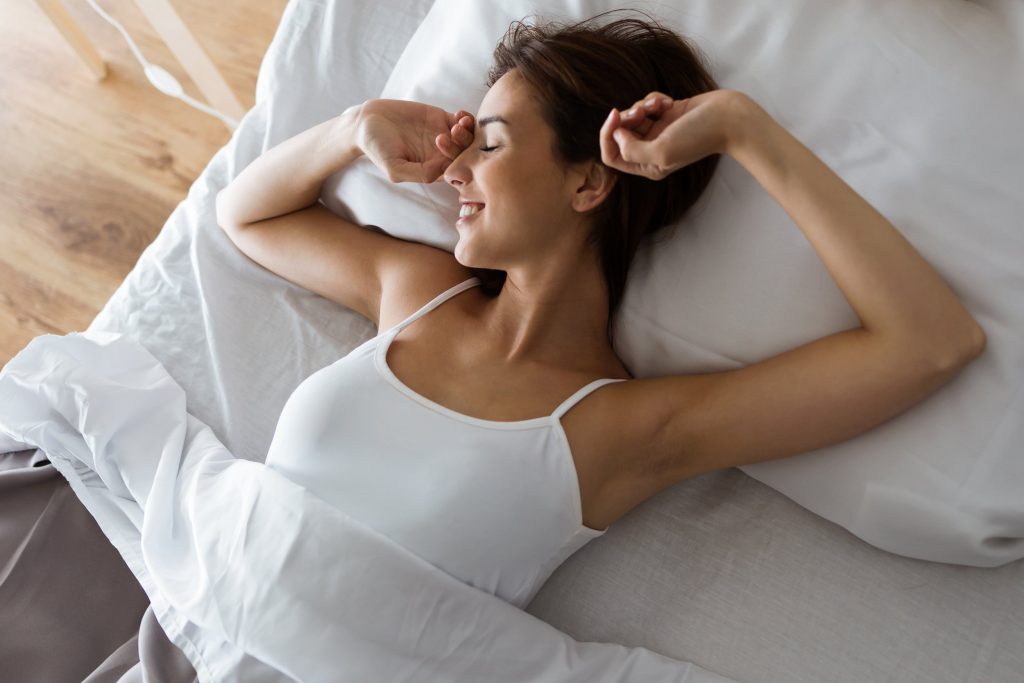 How Much Sleep Do I Need?

How many hours of sleep did you get last night? Was it enough so that you woke up feeling rested? While many people believe eight hours of sleep each night is what everyone needs, that’s actually a bit of a misconception. So how much sleep do you actually need?


The answer is different for everyone, and it depends on a number of factors. There’s a difference between getting just enough sleep to survive and getting the right amount of sleep each night so you thrive, both physically and mentally.

We all know that one person who claims to only need a few hours of sleep each night and seem to miraculously function just fine. In reality, only 1% of people are born with the genes to thrive on six hours of sleep or less. So while some people may think they’re thriving on six hours of sleep or less, they’re actually only getting enough sleep to survive. If they got the proper amount of sleep each night, they’d be more productive during the day overall and would actually increase their chances of living a longer,healthier life.


The body rejuvenates itself during sleep, so it’s important to sleep long enough that your body has time to do its thing. The majority of adults need anywhere from 7-8.5 hours per night in order for their bodies and minds to thrive.

Since teenagers bodies are still developing, it makes more sense that they’d need more sleep than adults to thrive, about 8.5-10 hours. Most teenagers only get enough sleep to survive, but an increase of sleep could help them thrive academically and improve their health.


By that logic, many people wrongly believe that the elderly need less sleep because their bodies are fully developed. The reasoning that older people need less sleep to thrive is actually a myth. It was assumed since older people have a harder time staying asleep that they don’t need as much sleep. However, maintaining the same amount of sleep at 65 that you had at 35 can actually help to improve overall health and possibly decrease age related cognitive decline.

Multiple studies have found that women need more sleep than men. Women need about twenty more minutes of sleep each night than men. Why? Women generally tend to use more of their brain since they multitask, leading to an increased need for sleep. Additionally, women go through more hormonal changes than men i.e. menopause and pregnancy, so their bodies need extra sleep.