How Cannabis Affects Your Sleep

70 million people suffer from insomnia and other sleep disorders. Modern medicine has stepped up its treatment efforts through a variety of means, such as melatonin, sleep hygiene studies, and prescription medicines. Some of these treatment options — especially prescription medicine — have severe side effects, including dependency and depression. As a result, some people have eschewed such medications in favor of l cannabis products.

The medicinal benefits of cannabis have been noted throughout history. In fact, the first known medicinal use of cannabis was around 400 A.D. In the US, it was listed in United States Pharmacopoeia in the mid-19th century until cannabis was made illegal in 1937. It took until 1996 for any state to legally recognize the true medical potential of cannabis. As of October, 2020, 28 states have some form of a medicinal cannabis program and 12 have legalized cannabis entirely.

The term “cannabis” refers to a group of three flowering plants. This group includes cannabis sativa and indica, plus the often-neglected ruderalis. They each have their own properties, but they are all used for medicinal and/or therapeutic purposes. However, despite cannabis’ growing level of acceptance in both medicinal and recreational contexts, much is unclear as to how the plant affects sleep.

The science behind cannabis and the body’s endocannabinoid system

All uses of cannabis start from its flower. In fact, if you look closely at it, you can see little hairs called “trichomes.” While trichomes are tiny, they contain two potent compounds: tetrahydrocannabinol (THC) and cannabidiol (CBD). THC and CBD are collectively referred to as cannabinoids. It’s worth noting that while there are many more cannabinoids in trichomes, they aren’t well studied or as important as THC and CBD to date. Cannabinoids are largely responsible for the “high” associated with cannabis, as well as many of its medicinal effects. In addition to THC and CBD, there are also terpenes found in trichomes, which are aromatic oils secreted by the plant. In fact, over 100 terpenes have been found in cannabis. They provide the differences in THC/CBD levels, as well as taste, scent, and color. Terpenes also add other effects, but little research currently exists in this space.

Whether through ingestion or inhalation, these cannabinoids interact with the body’s endocannabinoid system (ECS). As you might guess, the endocannabinoid system was named after its association with cannabis. Everyone has this system, whether they’ve consumed cannabis or not. The ECS does quite a bit more than interact with cannabinoids (it develops neuron synapses among other things), but it was interestingly discovered whilst researching cannabinoids. While the ECS is located throughout the body, its reactions mainly take place in the brain. 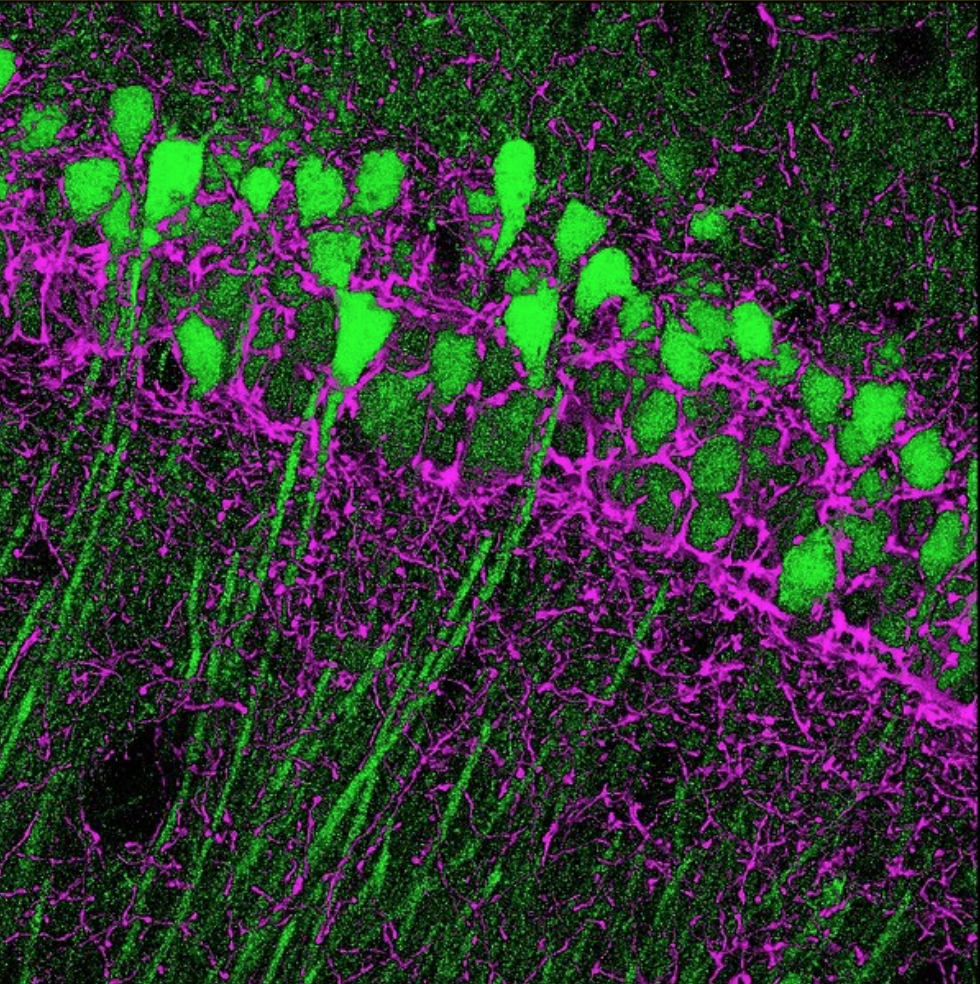 The workings of the ECS rely primarily upon one mechanism: the endocannabinoid receptor. These receptors are proteins found in cell tissue. Think of these receptors like buttons that trigger physical responses, such as appetite or sleepiness. Endocannabinoids bind to these receptors, pushing the receptors’ buttons. These receptors tell the brain to trigger different  reactions based on what kind of cannabinoid they recieve. For the ECS, these effects are often reductive. For example, they reduce stress, anxiety, and so on.

There are other types of cannabinoids that are not related to cannabis, many of which are produced by the body. These are called endocannabinoids. For example, if someone is thinking about food, their brains will start producing endocannabinoids that make them hungry. Stress, exercise, and pain also trigger the production of endocannabinoids. The ECS is an important part of the brain’s reaction to stimulus. It can even adapt to different environments, reacting more or less to the endocannabinoids depending on what it has experienced in the past. This is why THC and CBD can make you hungry, comfortable, and relaxed. They press “buttons” that trigger physical responses.

It’s pretty clear that cannabinoids can have a significant effect on how the body functions. However, what’s not as clear is how they can affect sleep. CBD and THC are both cannabinoids, but they work differently and can affect sleep in a variety of ways. Therefore, it’s important to make the distinction between these compounds when deciding what’s right for your health and sleep needs. 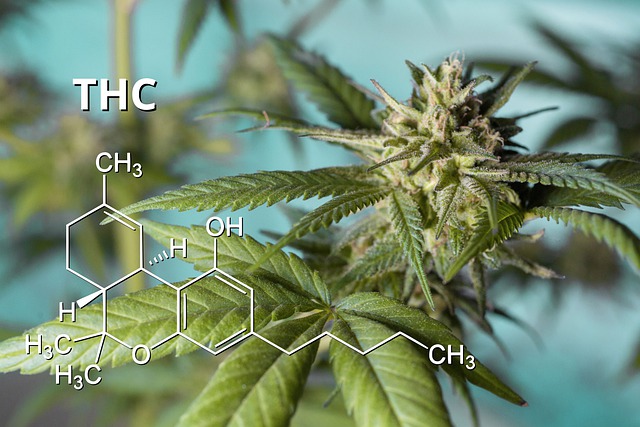 How tetrahydrocannabinol (THC) affects the mind and body

When most people think of cannabis, they probably think of THC. That’s because THC has distinct psychoactive effects. It creates the high that recreational users seek, as well as many medicinal benefits that patients require. In the US, THC is considered a controlled substance, so some states may require a license to use it.

When THC hits the ECS, it acts rather differently than its endocannabinoid counterparts. The endocannabinoids have specific purposes and effects, with each system playing a different role in regulating physical responses to stimuli. THC presses all kinds of buttons in the ECS. As a result, it produces multiple effects. You might assume that this makes the ECS go haywire, but you’d be underestimating how incredible the human body is.

The ECS is carefully regulated to make sure that it always has the proper level of endocannabinoids, so it adapts to this new substance by slowing down its intake of endocannabinoids. Over time, there may be fewer receptors that can take in THC. This is why people develop a tolerance, which requires them to take more THC to receive the same effect as they did before. Alternatively, if a heavy user stops taking THC, their ECS will return to normal.

With the right dosage, THC can help some people relax. As explained earlier, its interactions with the ECS can reduce anxiety and stress levels. People anxiety-induced insomnia may find some relief using THC. However, It’s worth reemphasizing the importance of dosage size. If too much THC is consumed, the psychoactive effects can actually result in greater anxiety, instead of stress reduction. This has been shown in various studies.

While THC can help people relax and subsequently fall asleep, it may reduce sleep quality. Studies have shown that THC can disrupt rapid-eye-movement sleep (REM). REM is the deepest phase of sleep and is vital for sleep quality. During this phase, sleepers have their most vivid dreams.

During REM, the brain’s learning center is stimulated. It has been found that people who are REM-sleep deprived may experience memory loss. In addition, there is an increase in protein production. There’s no consensus yet as to why THC disrupts the REM cycle, but there are enough studies to show that it’s happening. Subjects tend to have more light sleep cycles than deeper ones.

If you’re thinking of taking THC to alleviate sleep problems, you should consider the impact on your sleep quality. REM sleep is extremely important, and disrupting it can have major consequences. The exact extent of those consequences has yet to be determined.

Interestingly, synthetic THC has some promise in treating patients with sleep apnea. Some findings suggest that synthetic THC can help defend the brain from some symptoms of sleep apnea. It’s unknown whether or not synthetic THC disrupts the sleep cycle, however. This is a new development, and there’s more research to be done in this space.

How cannabidiol (CBD) affects us

CBD is THC’s more subtle sibling. It’s not nearly as well-researched as THC, so the benefits and risks are not yet fully understood. Despite this, the current scientific data paints a promising picture. Pure CBD is legal in most states. When purchasing CBD products, make sure that the brand and contents are legitimate. There have been several instances of counterfeit CBD.

How CBD affects the ECS isn’t well researched yet. What we do know is that it affects pain receptors, which can help alleviate sore muscles and joint pain. Some people who don’t wish to take pain medication choose to use CBD instead. Studies have also revealed that it can reduce seizures in epileptic children, although as mentioned, there’s more research to be done.

Studies have shown that lower doses of CBD may give energy, while higher doses can have a sedative effect. This is quite different from THC, which requires a high degree of caution when it comes to dosage.

Research is still nascent, but studies have shown that CBD has a positive effect on sleep. In one study, 66 percent of subjects experienced better sleep after one month of regular CBD use. Anxiety scores went down for almost 80 percent of patients. Other research has shown that CBD can be an effective treatment for insomnia. CBD’s pain-relieving properties can also help some people who can’t sleep due to chronic pain.

Unlike THC, CBD hasn’t been shown to interfere with REM sleep. One study found that it can even help with some REM sleep disorders (although testing has yet to be conducted on a larger scale with more test subjects). Overall, despite a lack of significant research, cannabinoids appear to have great potential in helping people sleep better, especially CBD.

What to consider when using cannabis compounds for sleep

If you are interested in trying it out yourself, there are some things you should know. If you have more questions, you can typically ask your local seller, depending on which state you live in. They can give you advice on what strains may meet your needs. When buying CBD,  try to avoid the aforementioned counterfeit products.

There are several stores, brands and websites that sell CBD products exclusively. They often have a wide range of CBD ingestibles. For sleep, it’s recommended to try products with a lot of CBD. However, the exact amount is highly dependent on your body weight and tolerance and as mentioned, there hasn’t been enough research yet to reach a clear conclusion on this. As a result, you may want to test a variety of doses and monitor your sleep quality on the Pod. Some CBD products may also contain ingredients like valerian root, which is also beneficial for stress reduction. If you are going to a store, make sure to talk to the seller so you know exactly what you’re buying. THC is an entirely different story, and there’s a lot to consider with this cannabinoid. Let’s start with strains. There are three kinds of strains: indica, sativa, and hybrids. They produce very different effects on the body, which can have equally different effects on sleep. It’s worth noting that CBD does not have a significant distinction between strains, as it is extracted from plants (especially the aforementioned c. ruderalis).

Sativa strains can actually increase energy and creativity. It’s not recommended to take these strains for sleep. Indica strains, on the other hand, can make you tired and are typically used for relaxation purposes. Hybrids have a bit of both. Their exact sativa/indica ratio can depend on the strain. It’s worth noting that, even within these categories, there are a plethora of sub-varieties that provide their own effects.

How you ingest the product is important, as well. The traditional method, via lungs, lasts a shorter amount of time and can be detrimental for your health, as both vaping and smoking have negative health effects on the body. Eating cannabinoids causes the product to last longer. Edibles, on the other hand, may be the superior option for sleep, as it helps the body relax. Again, monitor dosage as consuming too much can lead to anxiety and even psychosis in some extreme cases.

The key takeaway: CBD may be your best bet for sleep

There are many effects of THC and CBD on the brain and body, many of which are not yet known. It’s a burgeoning field ripe with possibility. Unfortunately, due to the fact that THC is federally illegal and little is known to date on CBD, research is slow.While this may change in the future, the majority of the research that has been done on CBD reveals that it may be an effective sleep aid, so it’s probably best to start there and carefully monitor the effects of CBD on your sleep quality.