What Blue Light Actually Does To Your Sleep

Sleep is a process, the end result of a day-long series of events occurring both inside and outside the brain. As such, everything you do throughout the day affects the quality of your sleep. Many of these contributors are well-known, such as exercise and stopping one’s caffeine intake. Some are less commonly known, such as blue light exposure.

Blue light is one of the less known but detrimental factors to sleep quality. It tricks your brain into thinking it's daytime, which results in a cascade of effects that have a negative impact on your physical and mental health. Luckily, there are many options for those who wish to improve the quality of their sleep. Changing up your routine, using specialized software, and donning a pair of stylish spectacles are but a few of the ways to reduce your exposure to blue light.

Winding down the internal clock

"Our bodies, great and complex as they are, have circadian rhythms that require light to tell us when to sleep."

Many animals, including humans, have an “internal clock.” It tells them when to sleep and, in some cases, even how to navigate the globe. Some animals have more accurate circadian rhythms than others, relying upon mysterious biology to ensure that even blind animals know what time it is. Our bodies, great and complex as they are, have circadian rhythms that require light to tell us when to sleep.

The circadian rhythm is operated by a small part of the hypothalamus, which is located in the center of your brain near the pituitary gland. This is the hormone center of the brain, which decides what to release and when, be it testosterone, serotonin, melatonin, or any other the other various hormones the body needs. Among other signals, the hypothalamus figures out how much light there is from the eyes to figure out what time it is, specifically blue light. 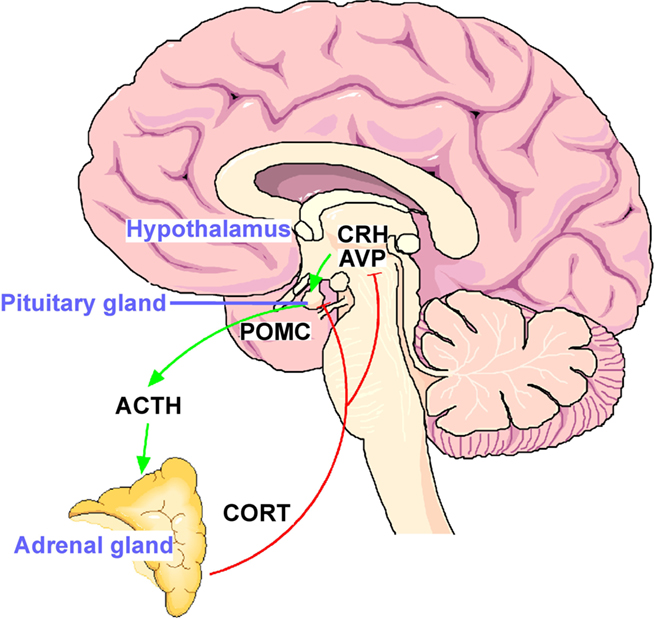 While the light colors of longer wavelengths – such as yellow, orange, or red – have been shown to not have any impact on sleep, blue lights can penetrate your eyelids and flow into your retinas, the thin tissue behind your eyeball that’s primary purpose is to detect light. Blue light is indicative of daytime, as that is when the sky is blue. Through the miracle that is biology, the brain relays this information to the hypothalamus which responds accordingly.

When it is no longer blue outside, the hypothalamus will release 0.7 pg/mL of melatonin at nighttime. (the amount varies throughout the day). This is not an instant process: it takes a couple hours for your brain to adjust. Light colors of longer wavelengths – such as yellow, orange, or red – have been shown to not have any impact on sleep. Science has clearly shown that the color of light has a major impact on sleep. But why is this important? What’s changed?

"It is widely agreed that both blue light and circadian rhythm disruptions have detrimental effects on sleep."

The hypothalamus is not very versatile and cannot differentiate one light source from another. So long as the light has the same color – and therefore the same wavelength – it will assume that it is its corresponding time of day. If the light is blue, the brain will assume it is daytime; if it is yellow, it will assume it is the afternoon. For the most of human existence, this has been perfectly adequate at keeping humans sleepy when they should be (although night workers may disagree).

For almost all of earth’s history, the daytime sky was the only source of blue light. When it grew dark, humans may have lit campfires to gather around or lanterns to see by, but these sources released yellow light akin to a sunset. This did not bother the hypothalamus, which ran just as smoothly as always.

Then, all of a sudden, the world became filled to the brim with blue light. Streetlights are now being fitted with LED bulbs, which produce blue light. People spend hours of their day looking into the glass screens of cellphones, televisions, and computer monitors, all of which release blue light. Screens often incorporate LED into their displays, which are brighter, have more depth in color, and are more energy efficient. To the simple hypothalamus, which cannot differentiate between the sky and the screen, it is always daytime. Even when you are lying in bed around midnight, reading the news on your phone or texting your distant friend “good night,” your brain thinks that it is daytime.

This disrupts the circadian cycle greatly, which can result in insomnia, less REM sleep, and all of the consequences that ensue. As the constant bombardment of blue light makes your brain think it is daytime, the 24-hour cycle that the hypothalamus relies upon becomes desynchronized. This not only affects one’s ability to sleep, it can also contribute to mood disorders such as depression, anxiety, and even bipolar disorder.

Many studies have shown this to be true, and there are other disruptive circumstances that further prove how these disruptions contribute to insomnia. For example, seasonal affective disorder, wherein sufferers experience mood swings during autumn and winter, is largely caused by the lessening of light levels during the colder months. Shift workers, who often work at irregular hours, have disproportionate rates of insomnia and depression due to the interruption of their natural circadian rhythm. Jet lag, which occurs when one rapidly changes time zones via air travel, is another manifestation of an interruption to circadian rhythm. These disruptions affect sleep quality almost immediately, as anyone who has experienced jet lag knows. Frequent disruptions may lead to long periods of insomnia, which has a major impact on mental health.

How to cope with exposure to blue light

Thankfully, there are many ways to put the circadian rhythm back on track. These approaches ultimately have the same goal: reduce exposure to blue light. Not all approaches work for everyone, however. It may take some experimentation to find what’s right for you. If you are thinking about taking steps to ensure a higher sleep quality, make sure you are keeping tabs on your sleep habits using the Eight Sleep app to monitor the impact of your new habit. Sometimes, these changes take a while to take effect.

Since the color of light is what affects circadian rhythm, it makes sense to change the color entirely. This way, you can still look at your phone, watch television, or read on a tablet before bed. There are a few ways to do this. First, there are many software options available. For computers, some operating systems have a “night light” setting that changes the blue light into amber light. If they do not, there are many third-party apps like f.lux that accomplish the same thing. Some phones also have this feature, including iPhones. Unfortunately, not all devices have this setting.

"Subjects who donned amber-lens glasses two hours before bed had a significant increase in sleep quality over the control group." 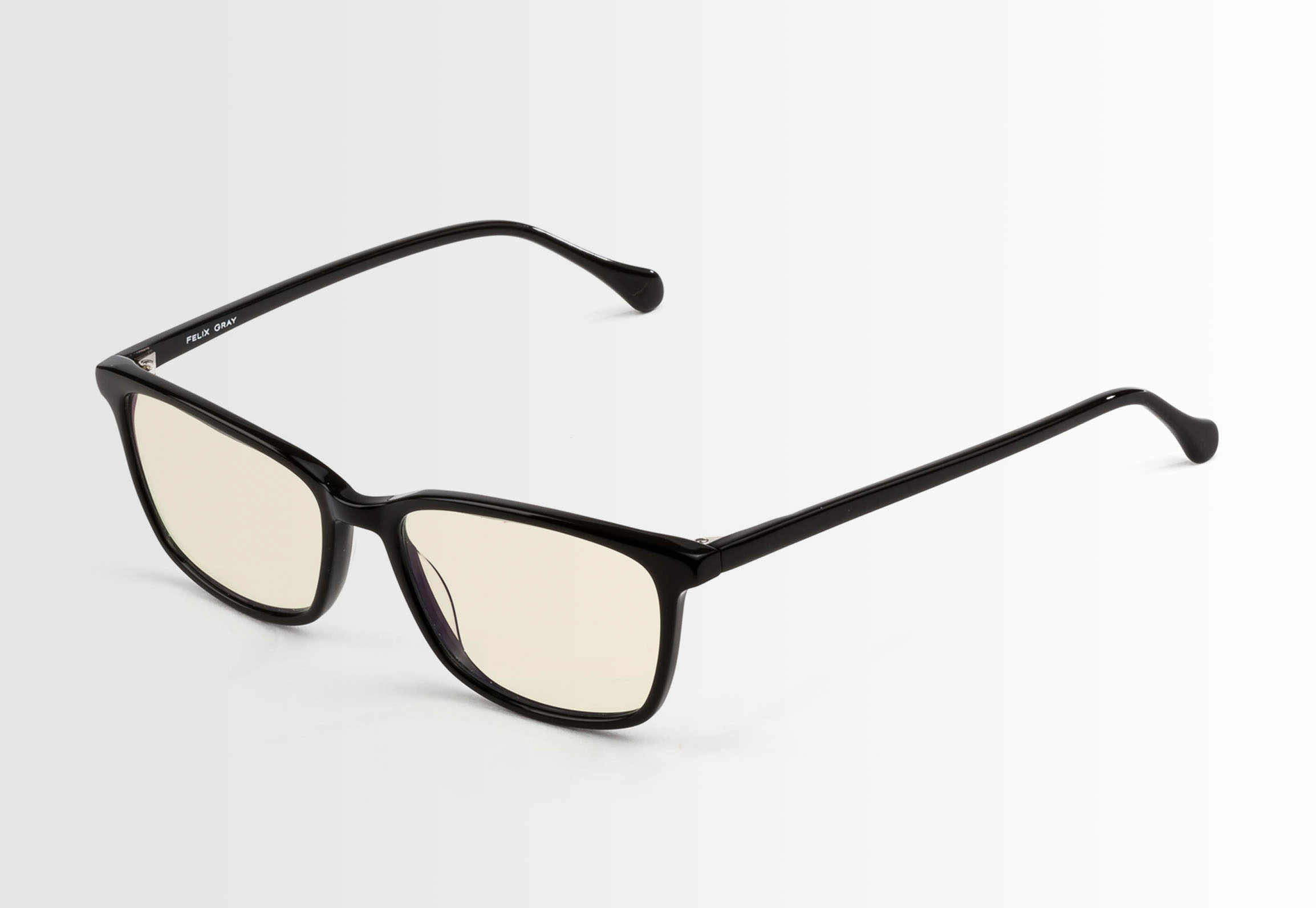 In addition to the software option, there is hardware, such as amber-lensed glasses. These spectacles – such as the Blue Light Sleep Glasses sold by Eight Sleep, are fitted with yellow-tinted lenses that filter out blue light, thus minimizing your exposure. There is science to back this up. A study conducted by the College of Optometrists, measured the amount of melatonin in its subjects who were given amber lenses to wear for two weeks. They were found to have a significant increase in melatonin, which went from 7.5 pg/mL to 10/7 pg/ml. Subjects also slept for a longer period of time, from 24 minutes to 43 minutes. Furthermore, a three-week-long randomized study found that subjects who donned amber-lens glasses two hours before bed had a significant increase in sleep quality over the control group. The former was also found to have an improvement in mood, one greater than that of the control group.

If you are like most people and use electronics for several hours a day, it may be worth thinking about how it affects your circadian rhythm. Disruptions can make it harder to sleep, have a detrimental effect on one’s mood, and reduce energy. To fight this, put on blue light glasses for two hours before bed. You should also configure all of your devices to have night-light settings. If avoiding blue light does not help, there may be other factors hurting your ability to sleep. It may even be worth investing in a new mattress, such as Eight Sleep’s Pod.